Sky Force Reloaded is a game released by Infinite Dreams Inc. Paying homage to the classic and original 1979 “Asteroid,” Sky Force Reloaded combines classic gameplay with new-age, modern 3D graphics, futuristic sound effects and popular card collecting traits which make it an excellent game for both old-school gamers and those fresh out of the crib alike.

With two different styles of control available, gameplay can suit various player preference and screen size. The default and the most comfortable option is the touch/hold and manoeuvre option where the ship will continuously fire and fly in synchronicity to the subtle directional changes of your finger. Releasing not touching the screen will put the game into a slow mode which can provide a welcomed break now and then to gather bearing or flex your finger.

Do not spend stars on upgrade times. It is far, far better to wait and save your stars. This is essential to virtually every freemium game, yet still needs to be reinstated. Stars are the primary currency of the game and as such should be used with the utmost efficiency.

Apparently, the primary goal of finishing a mission no matter how it is done is first and foremost, but once doing so, replay missions to try to complete each objective to get the maximum rewards possible. Finishing a mission with all the challenges completed will unlock the ‘Hard’ (and insane) mode which spawns much higher star bonuses. Enemy ships also follow a pre-determined route which does not change and thus can be learnt and be taken advantage of… hence, rinse and repeat.

It is virtually impossible to complete all objectives in each mission, so as hinted at above, focus on one particular mission and grind that out until completion and then move onto to the next. As a rule of thumb, try rescuing all humans first, then focus on defeating all enemies and lastly, once accustomed to the level, taking no damage.

4.Upgrade as fast as possible

Different flying techniques may suit different players better so try to identify whether offensive or defensive upgrades will help them most and focus on either of the two. That said, however, upon strengthening attention should be quickly diverted to the magnet feature which will draw star closer to your ship automatically which allows players to focus more on other targets and incoming attacks while still gaining as many stars as possible.

By releasing your finger and not touching the screen, the game will slow down and can provide a chance to visually scroll the screen for incoming attacks, possibly pick-ups and allow players to plot a course and carve out that perfect run!

One of the most significant attributes of Sky Force Reloaded is that it is tough to complete a mission on the first attempt! As frustrating as this is, it also adds prestige and depth to the game that many other arcade games don’t have. Therefore, don’t get despaired, with a little practice, patterns can be read, and objectives can be completed easily.

Upgrades are cool and much needed

A lot of grinding 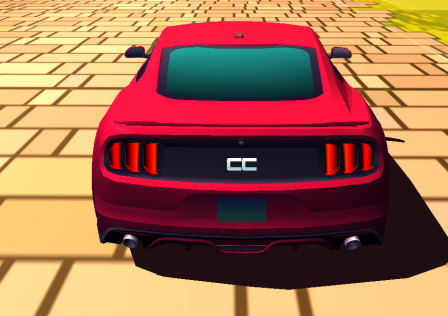 Fifa 22 Gameplay – what changed and improved with the new version

Manifold Garden PS4 is a delight for the ears

Gardening games on PC for you to play